The problem with probably 99% of models, or concepts of organizational design (“org design”), organizational structure and development is that they fail to appreciate the difference between periphery and center – and are thus antiquated. Such approaches now belong on the garbage heap of history, and for a simple reason: They simply ignore complexity.

Our approaches are different. There now is a “triad of practical theories” out there called BetaCodex, OrgPhysics and CellStructureDesign. With these three concepts the idea of consistent decentralization of organizations of all varieties and sizes is gaining contour. This idea is not new. It originated in the Beyond Budgeting RoundTable between 1998 and 2003, and it was later visualized and highlighted by us in our “peach model” illustrations (see example below). 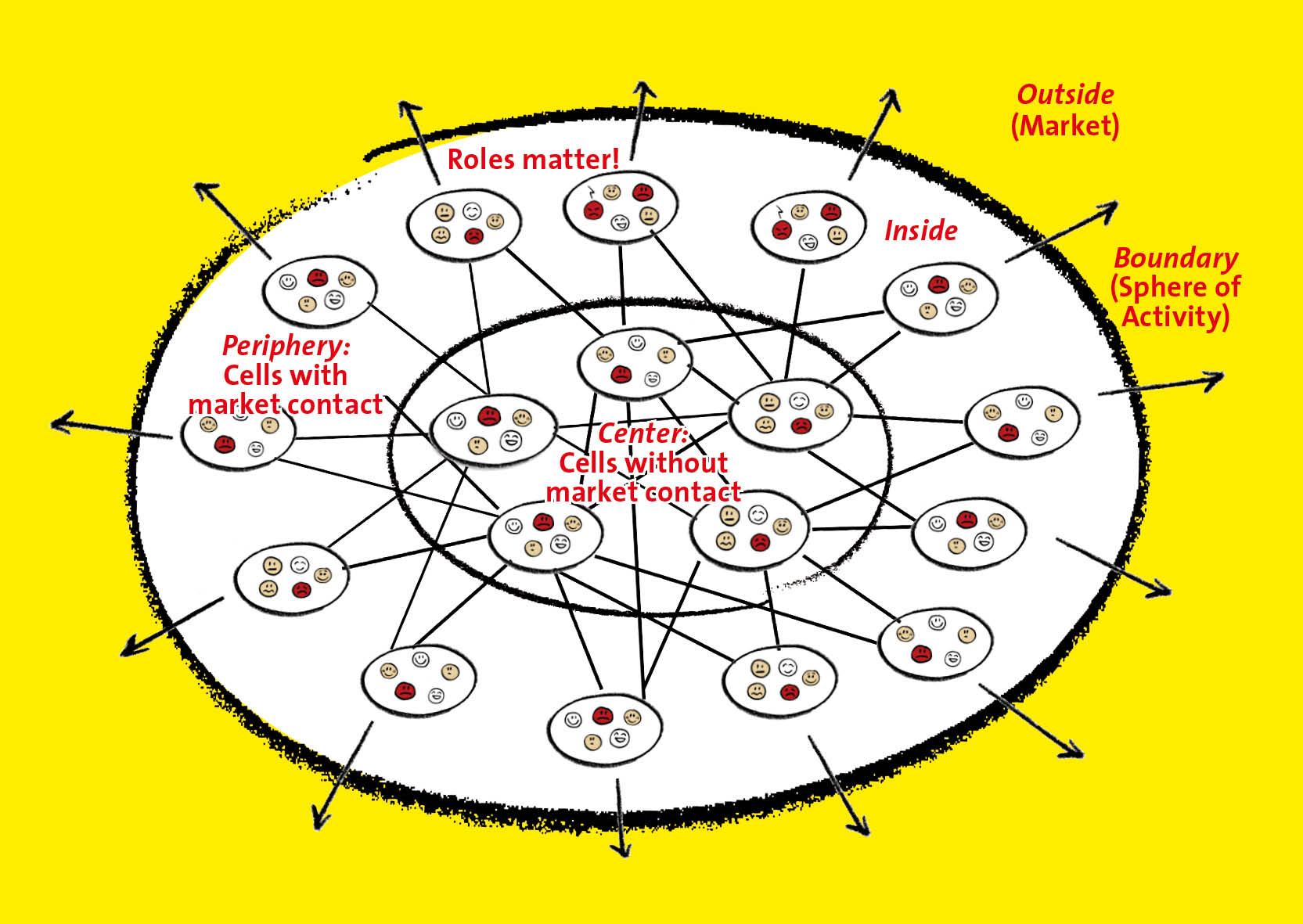 “Organizations as peaches”: Value Creation flows from Center to Periphery to external market – inevitably.
In complex, “red” markets, the Periphery needs to be in charge

The concept of decentralization is clearly a major “unique selling position” of the BetaCodex community. We cannot highlight it enough! It also holds a somewhat “political” message. Because all decentralization is rooted in the belief that all people are “Theory Y”, self-motivated human beings who intrinsically wish to contribute to something bigger than themselves. Decentralization is also political because it assumes that people need not be controlled by “bosses” and the top. It implies that way more organizational democracy is possible. And that such democratic distribution of power is actually natural to organizations. Way more than “command-and-control pyramids” and centralized steering.